So what makes Tony different to other politicians and parties?

“Everything!” Tony says, “but it starts with motivation and intention”.

Tony is just like you and me: stable, grounded, family-focused and hardworking. But he is also passionate, compasionate and tenacious; capable; and motivated to ‘be’ the change that he seeks in this country, and protect those whom the system fails.

For him, that meant he must: up skill; acquire new knowledge; speak a new political theology; and all of that means he needed to get uncomfortable, at great personal cost and financial discomfort over a long period of time, so that his head, hands and feet matched his heart.

“A good government is as easily corrupted by bad policies, as a bad government  can be revived by good policies.  My job is to know the difference and act as a agent for the good of the people.”

Tony believes that the people deserve more than what we have received.  He believes that Queensland deserves representation that is not filtered through party policies or hijacked by nationally deployed party agendas or interests.  The role of independent representation is key to controlling political parties in this country, he says.

“The last thing Australia needs is a ‘rubber stamp Senate’ to be the muse of who-ever has power and control of the House of representatives, often reflecting their overt gross neglect of the people’s interests.  This kind of dictation, is not only a waste of public money, but offensive to our democracy and importantly our Constitution, which is the contract between the people (the electors) and those they elect to govern them (the elected)”.”

Tony believes that it’s not parties that have to change, but the people.  He suggests that political parties are actually beyond reform.  That in many ways, party behaviours, attitudes and self indulgent actions are the nature and consequence of party-ism.  Recent, changes to Senate voting rules highlight this uncontrollable compulsion to serve the self and wilfully deceive the people, presenting the Senate voting changes as in the ‘people’s best interests’.  But Tony suggests “since when has a monopoly, duopoly or dictatorship ever operated in the people’s best interests.”

This trouble, he says, “increases as political competition decreases.   As such ‘two-party preferred’ pursuits breed a self-interested and an American cash-for-access style of politics which are little more than entrenched duopolies of revolving dictatorships and financial partnerships, designed and constructed around rules that keep them in power and the people silent”.

Tony believes that personal motivation and intention are the basis of all performance and politically set the tone for the public’s expectation.  He suggests that “the people have a very low expectation of politicians and their governments and this comes down to the self-interest, and fixation on re-election efforts of those we elect, and in this, we are left wanting.”

He adds, “our Australian constitution was built on the values of independence and ‘fairness’, known as ‘representative governance’.  A two party preferred system, or any party system is the polar opposite of fairness and independence, as it railroads democracy, social values and beliefs into funnels or silos of party policy dictation and self-orientated pursuits.”

“Unless Australians change how we vote, and why we vote that way, self interest, political corruption, towers of power and opportunism will consume every pound of flesh from us and our children, and they will lay waste to our bones in hidden places, silent, beaten and without challenge, hope and the representation or champions to stand in our place.”

But Tony is not going away, he has a vision and a plan, “When all you have left are hope and dreams, anything is possible.”

Tony has been a long supporter of conservative (coalition) governments, however following their performance and actions during the COVID-19 fiasco, it has become Tony’s belief that a “coalition” of conservatives only serve masters, ideas and action that are incompatible with Tony’s policy and the constitutional intention the Australia’s politicians “represent” their people.

However, what we have found to be true is that the conservative government (the blue team) who swore to protect marriage, the unborn, the elderly and our freedoms, have given us gay-marriage in Australia abortion in Queensland, euthanasia in many States and Territories because the NLP failed to show up to work that day, the failed to do their job. In the same way, the LNP and their coalition failed to protect the people from the coalition party and their totalitarian and horrendous anti-liberty action perpetrated on Australians during Covid-19’s virus and vaccine heyday. Remember the coalition of conservatives promised to keep us free and our values protected.

But this has not been the case, it is no longer the case and great opposition to their ways and machinations is needed. As such, all Tony’s decision-making will be independently made in the best interests of the people he represents, where ever they may be found, forged and/or delivered.

Tony does not and will not support politically-left aligned parties, policies and ideologies, nor those – overtly or covertly – associated with, or whom underwrite, resource, and propagate such things that subvert what makes Australia the great free Nation that it is.

So yes, we are the resistance, it’s true: we are the underdogs; the reformers; the pioneers; the salt shakers and history makers.  Partnering with me sends a very clear message that ‘we expect more’; that we are willing to be directly involved in politics; and that we will not be held silent.

It says that we are willing to get our hands dirty to rebuild this nation, to defend or change what we see and desire in our nation, in our homes, in our families, societies and communities.

You can Connect via our email list, follow along on Facebook and ‘share’ content, or ask the hard questions. you may be in a position to Contribute financial support, or send us a message to Encourage and us to get the message out to all Queenslanders.

Thanks kindly, and thanks in advance – TM 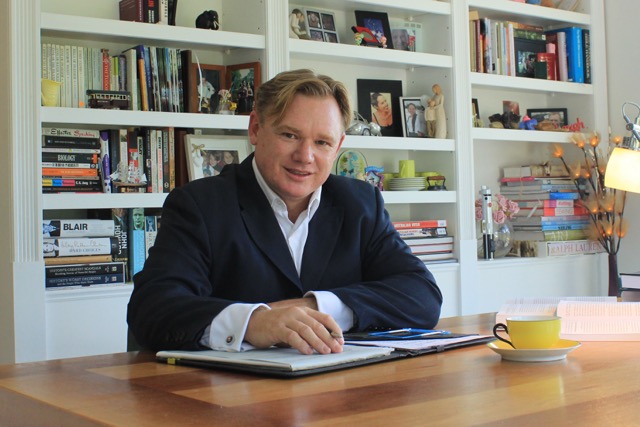 “Unless Australians change how we vote, and why we vote that way, self interest, political corruption, towers of power and opportunism will consume every pound of flesh from us and our children, and they will lay waste to our bones in hidden places, silent, beaten and without challenge, representation or champions to stand in our place”.